A Camera Obscura from an Oatmeal Box or "Look Mom! No lens!"

Copyright 2011 Rick Boozer
Here’s a way to make science fun for young people and curious adults! The materials you will need are common household items. This project is simple to make and very easy to use, but young children will need adult supervision. I hope that teachers will find this article useful for classroom instruction. This is Part 1 of a two part experiment that will be added to my blog in the near future. The second part is based on this first part and will be about how to make a simple astronomical instrument that will do something amazing!

In this first article, we will be making something called a camera obscura. Of course, everyone knows that a camera records images on film or a light sensitive chip, but a camera obscura projects an image you can directly see. Most camera obscuras use a lens to project the image, but in ours a pinhole will do the projecting. I hope you will enjoy making the camera obscura and will return for the next installment.

Let’s get started! Here what you will need:The hole that does the image projection will be punched into the bottom of the oatmeal box and the screen on which the image will appear is the translucent plastic lid that comes with such a box. However, to do it right the hole and box must be prepared properly.

Before you make the hole you need to know that the smaller the pinhole, the sharper the image. There’s some science here, but I don’t want to get ahead of myself, so I will talk about that later. But just know that if you make the pinhole too small, it will not let enough light through and your image will be very faint. I have found that a good pinhole diameter that gives the best compromise between detail and brightness is about 1.5 millimeters.

So, let’s make the hole in the bottom of the box. It is very important to get a smooth round circle for the hole, and such a smooth round circle is practically impossible to make in cardboard. The solution is to punch a much bigger hole than is needed with a pencil or other sharp pointed object. Next make your small projection hole by taking a small piece of aluminum foil and, with a tiny nail, carefully and gently punch a hole about 1.5 millimeters wide. Turn the nail gently to get a hole that is very circular with no jagged looking edges. Tape the piece of aluminum foil onto the bottom of the box such that the hole in the foil is over the center of the hole in the cardboard. To reduce reflections that can cause glare in your images, either paint the inside of the box black, or be lazy like I am and cut a piece of black construction paper to the right size and line the inside of the box with it.

Now, with the plastic lid secured at the top of the box aim your camera obscura toward a bright lamp or overhead light fixture. What do you see? An image of your subject, but it appears upside down! What?! Why?!

Let’s talk about the really fun part of science . . . discovering and understanding the why!

But before we move on, here is photograph I made of an image of an etched glass light fixture projected by my pinhole camera obscura onto the lid. Notice the detail you see in the shapes on the glass. 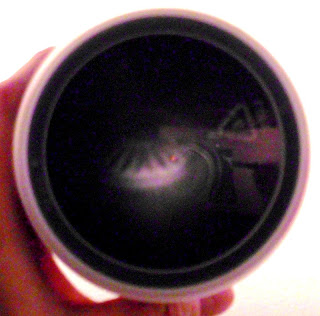 Figure 1: An actual pinhole camera obscura projects an image of a glass light fixture on to the box lid.

If you look closely, you may be able to see natural camera obscuras in the real world. For instance, if you look where a tree is casting a shadow on a bright summer day, you will notice that the gaps between leaves act as pinholes that project tiny circular images of the sun onto the ground. These are especially interesting to watch during a solar eclipse when you can see the images go from circles, to half circles and then to crescents. On a night when the moon is bright enough to cast sharp shadows, you can see very faint little circular images of the moon on the ground as well.

But why does a pinhole project an image similar to a lens? And why does the camera obscura project images of objects upside down, instead of upright?

In the following illustrations the small circle on the right side of the oatmeal box represents the pinhole (it is drawn oversized). The arrowheads represent the direction the light is travelling from the object to the pinhole that will be projecting the image. The light then passes through the pinhole to the back of the box where it strikes the lid to make the image.

Take a look a Figure 2. Notice all of the light beams coming from the object cross exactly at the center of the pinhole, finally reaching the lid in the back of the camera obscura to light up the image. I have seen this type of illustration to explain pinhole projection since I was a child. Unfortunately, this common example is not accurate. It portrays all of the light rays crossing exactly where the hole is, and that is not what happens. Before you can understand why this is wrong, you need to have some idea of how a pinhole can create an image.

Figure 3: Light beams from opposite sides of the object. (Click to enlarge)

The beams of light from each of the two circles cross each other somewhere in the region that I have colored yellow. That region’s thickness is the same as the diameter of the pinhole. The two beams first begin to cross outside of the box in front of the pinhole and quit crossing at someplace behind the pinhole inside of the box. They don’t do all of the crossing at the pinhole as Figure 1 wrongly indicated! This fact is not important right now, but will be very important when we do the astronomical experiment that is to come in the second article.

The following figure shows the original object with small circles on the object to indicate where each light beam starts. 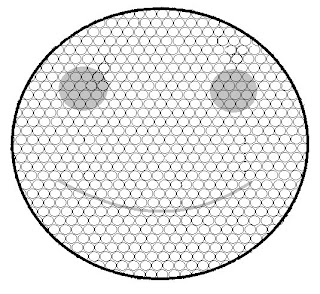 Figure 4: The original object with circles added to show where the light beams start. 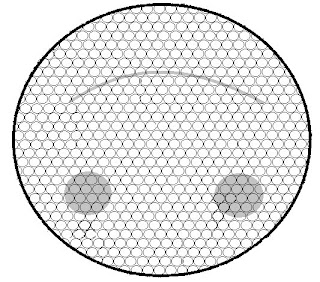 Figure 5: The image showing circles where the light beams strike the lid.

Each pinhole size circle on the image is a small amount of light from a small circular area on the original object whose image is being projected. In other words, the light illuminating each small circle in the image shown in Figurer 5 comes from a corresponding circle on the opposite side of the original object in Figure 4. If you are familiar with the way computer images are generated with pixels, you can think of each small circle as being a pixel in the image. This is part of the reason why a smaller pinhole gives a sharper image: the smaller the circle (or pixel) the finer the detail.

Figures 4 and 5 are a good way of showing you how the image is created, but these illustrations aren’t exact. In reality there are many more circles of light creating the image. The lighted circles are not really in nice neat rows barely touching each other. Neither are there any little unlit gaps where the edges of the circles don’t touch. Instead, the circles partly overlap each other. Because of the partial overlapping, there are no tiny gaps where the image isn’t lit. This overlapping causes some blurring. The blurring can be minimized by keeping the pinhole as small as possible, but still big enough to keep the image bright enough to see well.

Of course, your camera obscura can be used to view other objects besides a light fixture. Not all objects are bright, so if you want to see images of fainter things, you can drape a dark cloth over your head that also covers the lid end of the box. The more light you shut out with the cloth, the brighter you image will appear. But you’ll notice, every image appears upside down!

If you understood most or all of this, then you have just learned some fairly sophisticated physics about the behavior of light. You’re a budding Einstein!

Next article: using the principle of the pinhole camera obscura to create a precise astronomical instrument made from simple commonly available parts.

One more thing! My thanks to my wife, Julie, for helping me make this article sound less scholarly.